The Roaming Parkers spent last week exploring both sides of the Columbia River corridor from Astoria to Portland and from Vancouver to Long Beach.  Although part of the adventure took place at Cape Disappointment State Park, this trip was certainly no disappointment!

During summertime, southwest Washington and northwest Oregon are a flower lover’s paradise.  From wildflowers to formal gardens, the entire area is alive with inflorescence!

When we first arrived in Portland (A.K.A. The City of Roses) we went almost immediately to the International Rose Test Gardens.  This five-acre tiered garden contains thousands of specimens of hundreds of different varieties of roses in every shade and shape imaginable. A temperate jungle at Cape Disappointment

Cape Disappointment is the name of the northern (Washington) side of the mouth of the Columbia River.  It gets its name from an 18th-century sea captain who was unable to find the Columbia River despite the fact that his ship was sitting right in its mouth!

The vegetation at Cape Disappointment was all nearly totally alien to us Mississippi folks – the tall Douglas firs, the cucurbits and other broadleafs growing wild all over the slopes – the whole effect was that of a temperate alien jungle.

…and the berries!  The entire area was a riot of ripe berries – most of which we were unfamiliar with.  Our local buddies introduced us to salmonberries, which looked like yellow blackberries and tasted like a combination of blackberry and citrus. 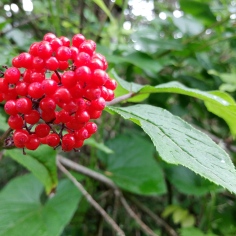 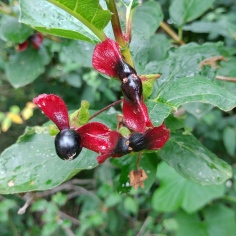 I’ve heard that nature experts were worried that the area around Mount Saint Helens would be a desolate toxic hellhole pretty much forever after the May 1980 eruption but they were pleasantly surprised when within only a couple of months of the eruption the hillsides sprang back to life with fireweed (Epilobium), Asteraceae, and red alders. 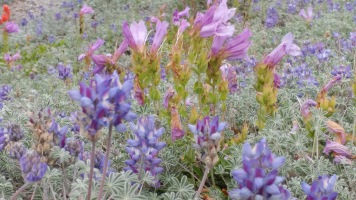 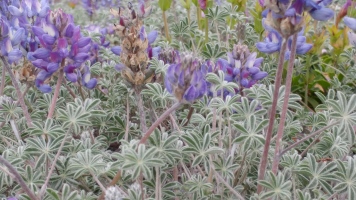 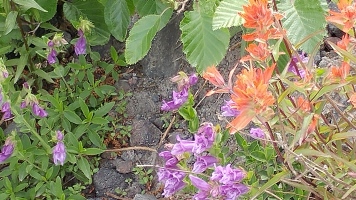 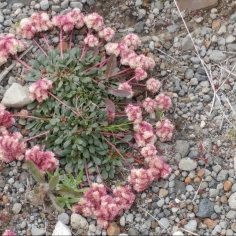 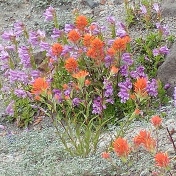 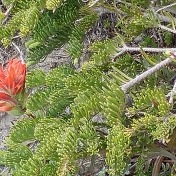 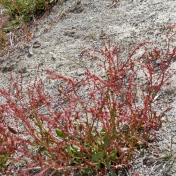 Freed from competition from tall Douglas firs, Noble firs, and hemlocks, the wildflowers took over, and since much of the area is now protected (scientists want to see how nature recovers without Man helping to rehabilitate it) the wildflowers still rule the hills and valleys closest to Saint Helens.

The gardens at Fort Vancouver

Fort Vancouver in southern Washington used to be the regional headquarters for the Hudson Bay Company.  Furs and other goods were brought to Vancouver from all over the Pacific Northwest to be packaged for ocean transit.

The gardeners at Fort Vancouver grew tobacco – but not primarily for consumption.  The large leaves were used to wrap furs and other goods for transport because they contained nicotine (a natural insecticide).  I suspect some of it was smoked up too!

They also grew pretty much every edible or ornamental that you can imagine at Fort Vancouver.  The overall effect of these gardens is that of conspicuous opulence.  These guys were the Masters of the Universe and they wanted you to know it as soon as you saw their fort.

Lake Sacajawea is a city park in the middle of Longview Washington.  It is a long (2 miles), narrow (300 feet) lake with numerous islands and peninsulae.  The whole stretch of the lakeshore is beautiful but one of the islands has been done with a formal Japanese garden feel.