The problem of popularity

A week or so ago, I posted on our Roaming Parkers Facebook Group, a time lapse video taken by the Park Service of an unending stream of traffic entering Grand Canyon National Park in what looks like 4 lanes of traffic!  I made the comment that Edward Abbey would have been turning in his grave, based on his commentary in Desert Solitaire

about the Park Service putting in roads in the 1950s at Arches National Monument.

A friend posted a comment today asking what’s my problem with lots of people enjoying our national treasures.  Great question!

The basic problem with a flood of traffic like seen in the Park Service video is that it is impossible to mediate the environmental impacts from 4.5 million visitors per year.  In order to make the canyon (for instance) more accessible, they’ve had to pave roads and put in parking lots to keep a million cars per year from cutting ruts that would eventually wash the canyon down into a wallow.

From the Wikipedia article on Desert Solitaire, “Polemic: Industrial Tourism and the National Parks is an essay fiercely criticizing the policies and vision of the National Park Service, particularly the process by which developing the parks for automotive access has dehumanized the experiences of nature, and created a generation of lazy and unadventurous Americans whilst permanently damaging the views and landscapes of the parks.”

As we’ve seen with the Army Corps of Engineers fighting to maintain the Mississippi River where they want it, it’s a never-ending, expensive, ecologically slippery slope.  This is touched upon in Eddy Harris’ excellent adventure book, Mississippi Solo

Another example of the problem of popularity involves the Boy Scouts of America and the Leave No Trace organization.  When I was a Scout about 35 years ago, LNT was not a thing.  Sure we were hammered on respecting and caring for the outdoors, but just not in the LNT verbiage.  When I got back into Scouts as an adult leader, all of a sudden LNT was a thing – a BIG thing in Scouting. 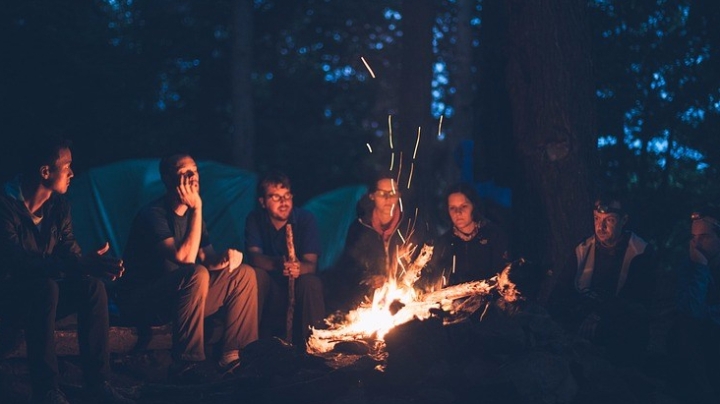 As I understand the story I was told, The Boy Scouts had about 4 or 5 million members each year during the 1970’s (interestingly similar to the number of people visiting Grand Canyon each year).  Despite the Scouts century-old emphasis on nature and conservation and environmentalism, the Boy Scouts made themselves unwelcome on public lands simply because having 4-5 million people moving through public lands per year leaves unavoidable impacts – and that is spreading the 4-5 million kids out over ALL the public lands managed by the BLM and Park Service!   Despite their best efforts to keep campsites clean and healthy, land management agencies began disallowing Scouts from camping.

So in an effort to keep their reputation from being further tarnished, and to live up to their good intentions with regard to the environment, the Boy Scouts, in conjunction with BLM and the Park Service and the Forest Service came up with the Leave No Trace program to better coordinate everyone’s efforts (not just Scouts) at enjoying the outdoors responsibly.

Incidentally, the Scouts seem to be back in good graces with the Parks and Forest services, but they are still not allowed carte blanche access to those lands.  For example, Scouts still are not allowed to camp at Vicksburg Battlefield Park like they were decades ago.

I’m not saying we shouldn’t maintain the river for industry and construction and river traffic and I’m not saying that citizens should not be allowed to visit their National Monuments and Parks that they have paid for.  I’m just saying that there are unavoidable consequences to making it convenient for 4.5 million people to tromp through a place per year.

So, what do we do about it?

Read my lips – unavoidable environmental impacts.  Sure, we can try – we have to.  But there is an unavoidable conflict of interest between convenient public access and undisturbed natural environments.  It’s even in the definition of wilderness – places (mostly) untouched by people.

Could I do a better job than the Park Service?  Probably not.  I believe those folks are smart and well-meaning but they are going to be in a bind as long as they are letting hordes of people into the park.

They can (and they do) try to control impacts by raising prices during peak seasons and by using permitting lotteries to control the numbers of hikers.

What else can we do to reduce impacts to public lands while still allowing access?

10x Grand tour of the Subcontinent