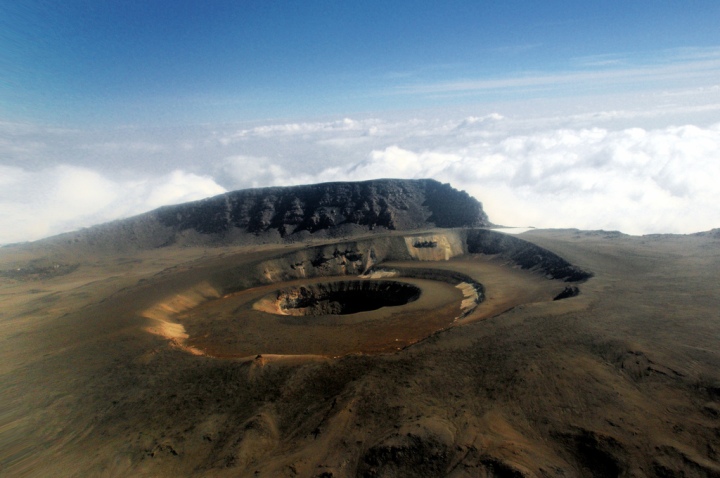 Last week on the Roaming Parkers blog I began trying to answer the question, “Why Kili?”  That is, why would anyone in their right minds want to take a 24 hour plane ride to the other side of the planet in order to schlep up the side of a volcano so cold that your water bottles freeze in your pack?

I’m sure pop culture played a role.  My first memory of the name, Kilimanjaro, is from the 1980’s Toto song. Their comparison of Kili to Olympus was intriguing to me.

…as sure as Kilimanjaro rises like Olympus above the Serengeti”

In high school Hemingway was one of my favorite authors, and he wrote The Snows of Kilimanjaro

.  I knew the book existed, but I’ve never read it.

I think my major pop culture Kilimanjaro influence was Michael Crichton’s excellent autobiography, Travels.  I was in grad school before I read that.  In Travels, Crichton writes about the rigors of climbing Kili.

Crichton is the first author that I recall emphasizing in great detail how oxygen deprivation at altitude affects climbers.  He describes it as an equal-opportunity thing, affecting ultra athletes as well as mere mortals. He says that low oxygen pressure makes the trek into a one-step-at-a-time mental battle in which you take a step and then have an argument with yourself about whether to take one more step.

When I read Travels, I was taking a course in Environmental Physiology, and our focus on altitude medicine combined with Crichton’s account seemed to make Crichton’s tale more of a challenge to me than a warning.

So, I think that’s the extent of my early knowledge about Kilimanjaro – Toto, Hemingway, and Crichton.

Stay tuned for the third and final installment of “Why Kili?”  Next week we’ll get down to the heart of the matter!